We’re on a mission

Our society puts models and celebrities on a pedestal, and the rest of us think we could never look like the women we see in the media. As photographer and stylist, we know there is no perfect beauty, and we’ve helped transform models and actresses with make up, wardrobe, lighting, and even special camera lenses. As we worked, we watched a new persona emerge.

We want all women to have a chance to experience this for themselves, and we offer our skills to you. We understand how the lights work with your bone structure and your body angles, how to highlight your best features and work around your imperfections. Just as we’ve done with supermodels and actresses, we work magic with our trade secrets, all to capture your individual beauty in compelling photos.

Our mission is to capture your inner beauty

We work magic with our trade secrets and special beauty lighting

Together, they have produced some of the most memorable images in fashion, entertainment and advertising 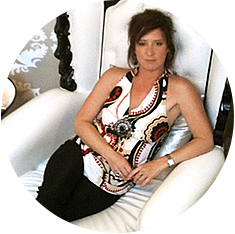 Shari Geffen has styled some of Hollywood’s iconic beauties of our day, including movie and television stars and recording artists. She has dressed celebrities such as Julia Roberts, Sarah Jessica Parker, Johnny Depp, Antonio Banderas, Dustin Hoffman, just to name a few. She has also worked with some of the most famous photographers of our time.

As a fashion editor and contributor to national and international magazines, Shari has styled and produced fashion editorials and photo shoots around the world. She has costume designed shows for television and co-produced a mini series on fashion trends for ABC News. A photo publicist and producer for ABC Television and other major TV and film studios, Shari is a creative force on both sides of the camera, and was creative producer of global ad campaigns for Coca Cola and Creative Artists Agency. Shari designed national marketing campaigns for major record labels, winning a gold record for her innovative marketing concept featured on the cover of Billboard magazine. Shari has managed talent acquisition for ad agencies and collaborated with creative directors to execute their artistic vision. Shari approaches each of her subjects and creates an exclusive identity perceived by her experienced eye.

Shari is passionate about empowering women to feel beautiful in their own skin. “We are accustomed to putting models and celebrities on a pedestal,” she says. “Truthfully, beauty is within reach of every woman. The secret is being in touch with your femininity. I’ve learned that beauty is more than just powder and paint. It is the light in one’s eyes that reflects the heart’s intentions. Our mission is to capture this essence, the inner beauty.”

Linda Posnick is a celebrated fashion, beauty, and fine art photographer whose distinctive images have appeared in Vogue, Elle, In Style, Harper’s Bazaar, Cosmopolitan, Glamour, Marie Claire, and other national magazines. Her ethereal images of Victoria’s Secret models represent one of her most recognizable styles. Linda has shot behind-the-scenes photography for Victoria’s Secret holiday commercials and fashion shows in New York and Los Angeles. Her emblematic images have adorned the walls of many Victoria’s Secret stores and appeared in major fashion magazines. Linda’s compelling images capture the intrinsic beauty and uniqueness of every woman she photographs. With particular attention to the interplay of light and organic elements, she reveals the qualities that define true beauty. Her photographic style and masterful effects with light and color reflect the influence of her 14-year working relationship with the great American photographer Herb Ritts. Linda creates riveting images that are completely individual. Linda’s confident, down-to-earth personality brings out the best in her clients. “I visualize each woman as a fresh canvas for a new artistic vision,” she says. “ When my clients feel comfortable in front of the camera, then that’s when the magic happens!”

“Truthfully, beauty is within reach of every woman. The secret is being in touch with your femininity.”

“I visualize each woman as a fresh canvas for a new artistic vision.”

“I’ve learned that beauty is more than just powder and paint.
It is the light in one’s eyes that reflects the heart’s intentions. Our mission is to capture this essence, the inner beauty.”

“When my clients feel comfortable in front of the camera, then that’s when the magic happens!”

Chateau La Femme offers all women access to the Hollywood specialists
whose work has produced so many unforgettable images.

“A transformative photo experience with celebrity stylist Shari Geffen and Victoria’s Secret photographer Linda Posnick is like being styled at a movie studio where your most beautiful self emerges under the expert hands of an artistic team.”

Linda and Shari have worked with some of the best

Just to name a few…